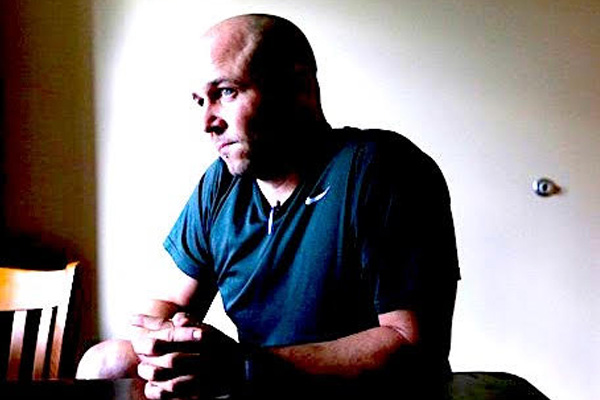 August 4, 2018 –  Robert Carter returned from four years in the Navy in 2003 to his hometown of Portsmouth a broken man. He had two to three nightmares each time he slept, many about his time while enlisted and the death of a friend and crew mate on the USS Nassau, Dwayne Williams. “I watched Dwayne drown right in front of me [in the Atlantic Ocean],’’ Carter said. “I was told not to jump in because the Navy had people to do that job. I [see his death] every night and even through the day.’’ He struggled to leave his home, and he was diagnosed with post-traumatic stress disorder. In Portsmouth, he found a community ravaged by illegal pill mills and cheap, readily available methamphetamine. Meth, a stimulant, gives users a powerful high that can keep them awake for days. That was the attraction for Carter. “I didn’t want to go to sleep; I was afraid of the nightmares,” Carter said. “So, I self-medicated. And then I became everyone’s nightmare.’’