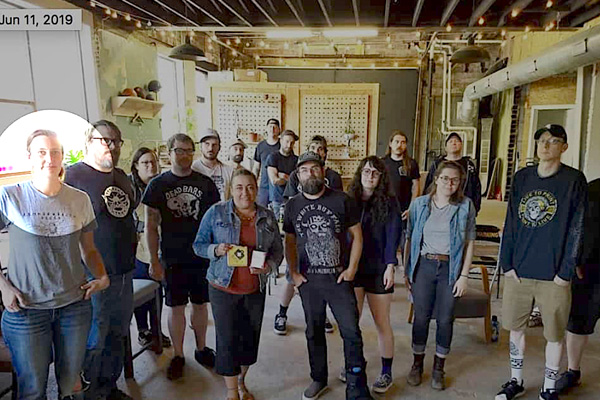 Save One Life, Save The World –

September 6, 2019 – Just two months earlier, Rugh had been trained to use Narcan, also known as naloxone, a drug that reverses opioid overdoses and had a travel kit with her. She thought the unconscious person looked like a possible overdose.  She asked if anyone knew the person. No one did. She explained she had training in Narcan and offered to give it. By this point, the victim’s face was blue.  She had never used the kit but knew she had to act quickly.  “I didn’t know that a face could turn so blue. It was a shock,” she said. “This was beyond when the training says, ‘this is an overdose.”  Rugh gave the first dose of Narcan nasally. She was supposed to wait two minutes before giving the next dose, but the person wasn’t responding.  “I administered the second dose,” she said. “Pretty soon after the second dose there was gasping and trying to breathe.”  “The person stood up and sort of regained consciousness, saying, ‘why is everyone freaking out? I am fine,’ Rugh explained. “This person was just revived and had no idea how close to death they were, because Narcan works so well.”  Without naxolone that “person would have been dead” the paramedics told her.  The training wasn’t mandatory, although every employee attended.  “I just thought with where we are with opioids in Allegheny County or in Pittsburgh, it would be helpful,” she explained.